Litecoin (LTC) prices surged by up to 35% to hit a one-year high against Bitcoin (BTC) this week, prompting analysts to predict an extended upside momentum for the remainder of the ongoing monthly session.

LTC/BTC 1-week candle chart (Binance). Source: TradingView
The LTC/BTC exchange rate touched 6,358 sats during the Asia-Pacific trading hours. The pair later corrected to an intraday low of 5,776 sats ahead of the London opening bell as profit-taking sentiment grew near the sessional peaks.

But according to data collected from Glassnode, the downside correction did little in offsetting Litecoin's growing bullish strength. The blockchain analytics firm noted a dramatic spike in the number of active Litecoin addresses beginning 2021, indicating a rising demand for the silver cryptocurrency just as the Bitcoin uptrend shows signs of cooling off. 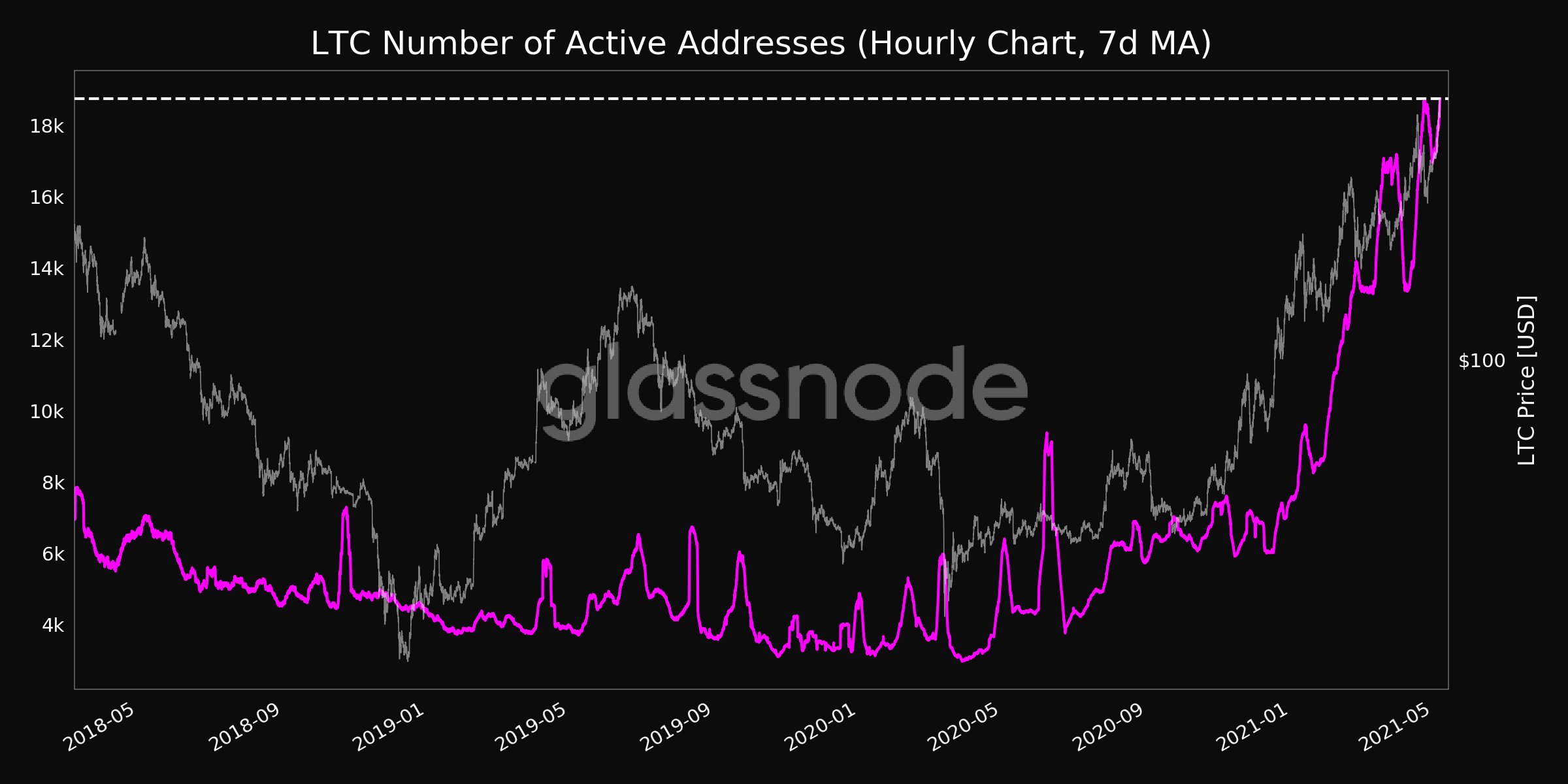 Against Bitcoin, Ether's price reached almost 6,350 sats for the first time since July 2018. 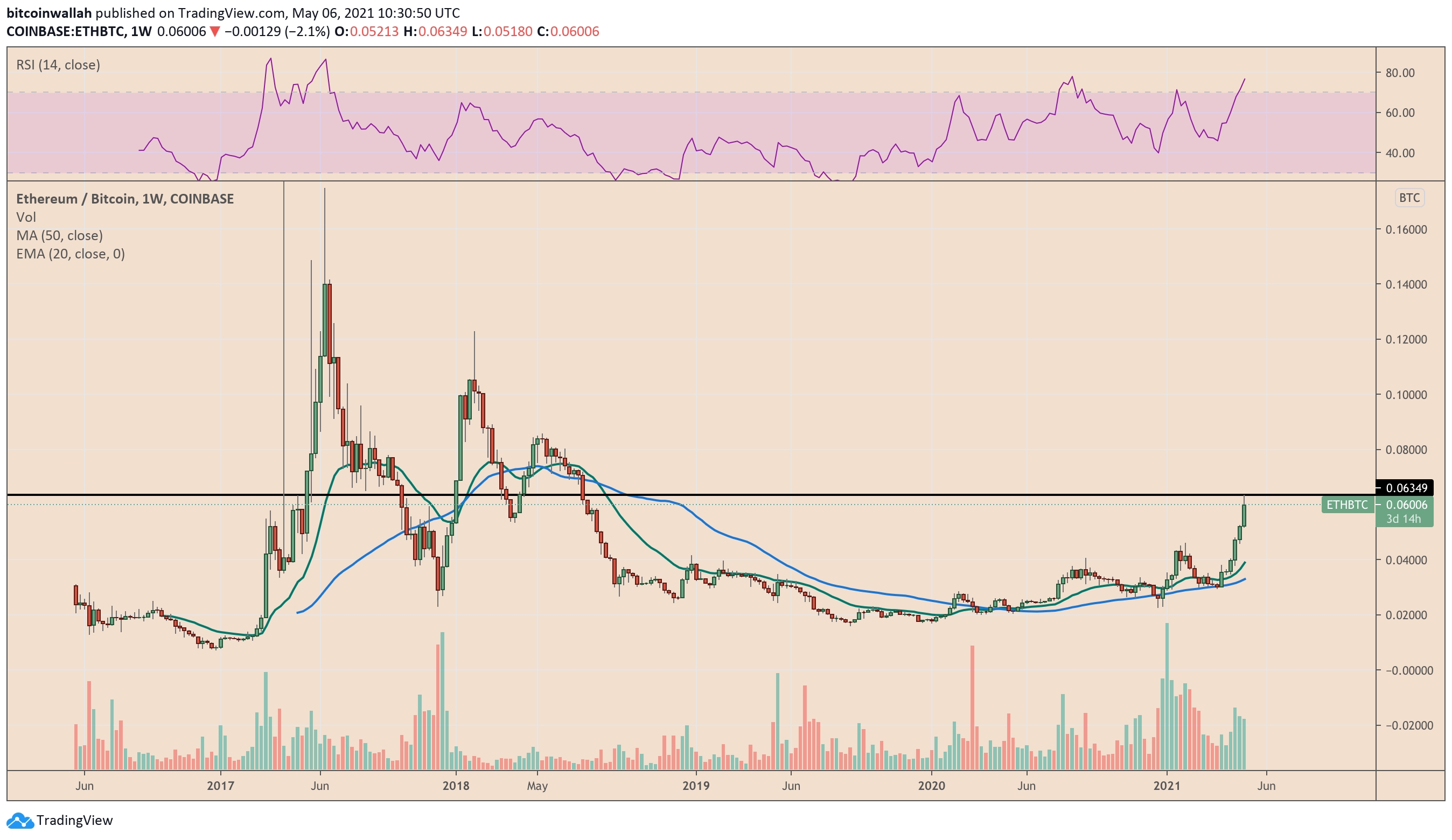 Ether hits 3-year high against Bitcoin. Source: TradingView
Litecoin similarly did well in both the Bitcoin- and U.S. dollar-quoted markets. On May 6, the LTC/USD exchange rate reached within the range of its previous historic high of $420, hitting $365.20 before turning lower into the London session.

Armchair analysts with massive followings on social media have started treating the Litecoin uptrend as a cue for a bigger, better rally ahead.


Meanwhile, the Bitcoin market's consolidation mood continued to push traders to seek profitable opportunities in the altcoin market. The benchmark cryptocurrency's declining dominance in the crypto market came out to be inversely correlated with the LTC/USD price performance, as shown in the chart below. 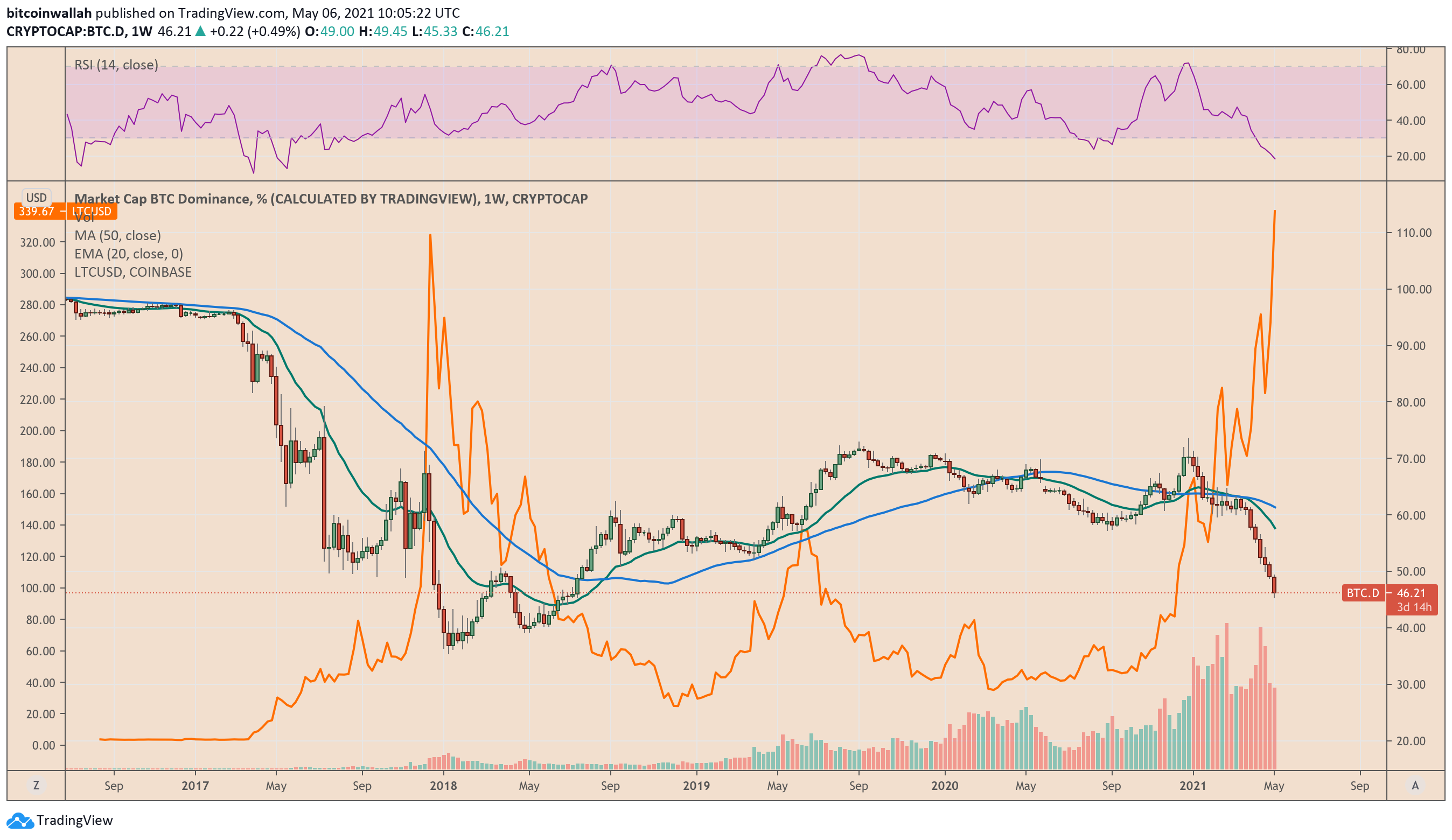 Litecoin vs. Bitcoin dominance index. Source: TradingViewLitecoin boom
Bitcoin is trading inside the $51,000–$60,000 range, with its long-term sentiment skewed to the upside. In its stable, consolidating avatar, the flagship cryptocurrency provides bullish cues to the altcoin market, including Litecoin. 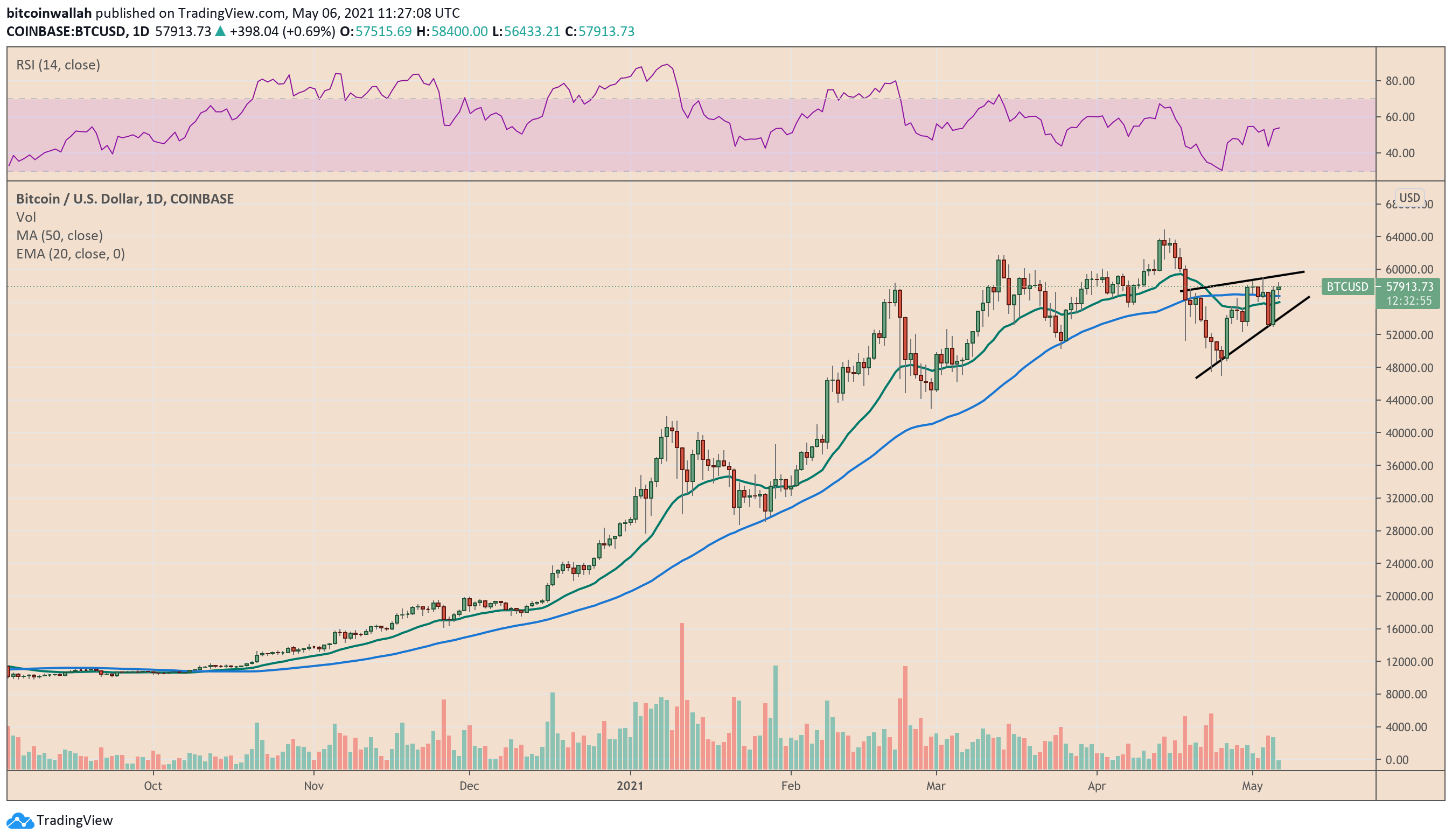 Bitcoin enters a bearish rising wedge range. Source: TradingView
"I think it's realistic to say that Litecoin will reach above $1,000 eventually," a pseudonymous crypto trader tweeted on May 6. "Maybe even close to $1,500."
S