XRP has been trading inside an uptrend for the past week as confidence in the digital asset increased again. XRP holders were able to receive authorization to present a motion on the SEC case against Ripple. This seems to have boosted the confidence of investors.

XRP price is one barrier away from $0.82
On the 12-hour chart, XRP has formed a symmetrical triangle pattern with its resistance trendline established at $0.584. A breakout above this critical point will quickly drive XRP price towards $0.82, a 42% move calculated using the height of the pattern as a reference point. 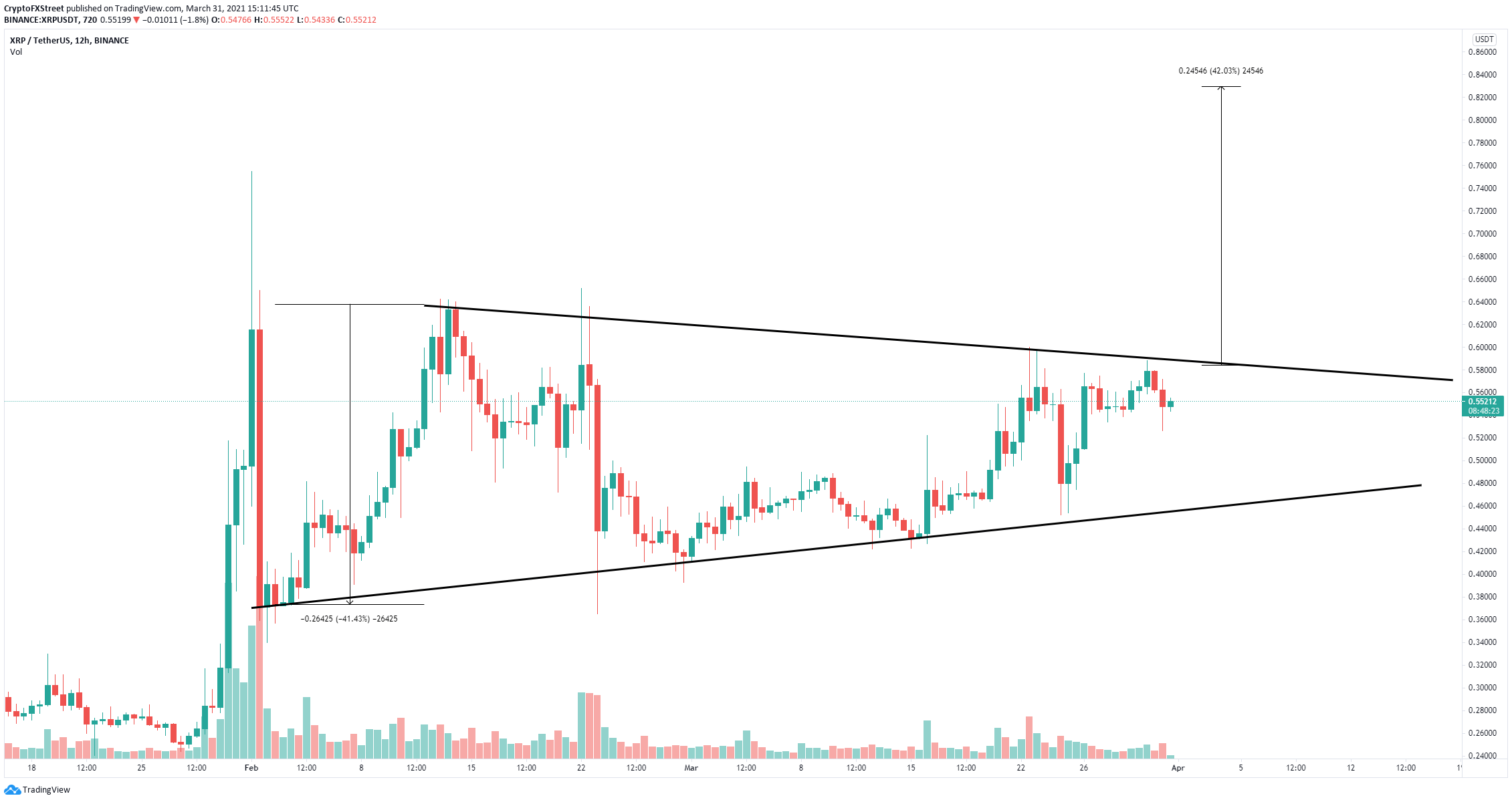 However, a rejection from the upper trendline resistance at $0.58 would be significant. XRP price could quickly fall towards the lower boundary of the pattern at $0.455.
S

Where is administration?
It is about advertisement on your website.
Regards.